So it has happened. At last. The scene death knell has been given to Gary Bowser. Womp womp. Rest in piss.

People who have followed me for a while will probably know that I have no love for Team Xecuter. In fact, Xecuter is so awful that one of my older blogposts on my old site, that I am still proud of to this date, is a fairly large article mostly dedicated to shitting on them and people defending them.

I am not the only one with that opinion, but in retrospect, I do think it overly focuses on the GPL breakage (I suppose back then I was one with the brainworms). With that in mind, permit me to explain for a moment why people dislike Team Xecuter, who they are and why you are a tool if you chose to defend them.

So for anyone not familiar with them, Team Xecuter are a hacking group dating back quite a to the Xbox. One would however be a fool (albeit an innocent one) to assume that Xecuter is the same people they were back then; they aren't. It would seem that at some point, the team's name got sold to another hacking group, one more familiar with Nintendo systems. I am of course, talking about Team Gateway.

For anyone who isn't aware, Team Gateway were essentially the people that debuted the 3DS hacking scene, but quickly fell into disfavor due to their practices. Their flashcard was very specifically designed to make running pirated games easier, a practice which most homebrew developers frown upon, since it gives the homebrew scene a bad name.1

They also would engage in other, more dubious practices, most notably the agressive habit of having their CFW brick 3DSes that were using the flashcards made by competitors. Eventually they essentially vanished from the 3DS scene after releasing an especially poorly made copy of arm9loaderhax, an at the time2, new way of hacking the 3DS, which gave them significant blowback and made them obsolete.

Then they popped up in the Switch scene. First making promises about as rich as most other hacking groups at the time (Reswitched being the only one at the moment left that is any worth of note), TX would quickly devolve into mostly mockery, because as it turns out... most of the stuff they had developed wasn't actually theirs. 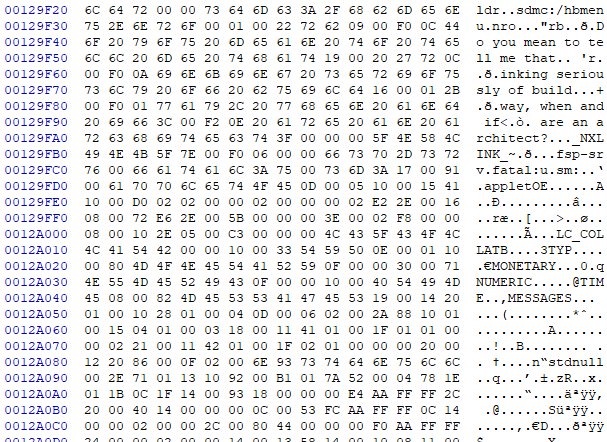 Small addenda for clarity: The quote "Do you mean to tell me that you're thinking seriously of building that way, when and if you are an architect?" is an easter egg in the nx-hbloader source code. Nx-hbloader is a component that's used to load the homebrew menu.

But why does it look so familiar? 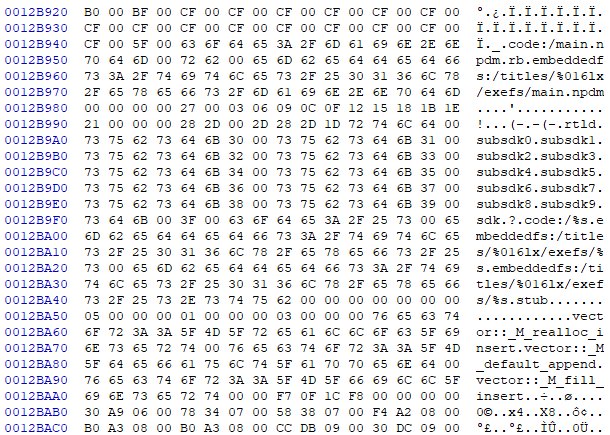 After stripping down all the obfuscation we can now say for sure that the SX OS is made of:

The "Loader" is the meat of the "OS", but it's nothing more than:

- An old build of nx-hbmenu;

Backup loading is mostly achieved by parsing and decrypting XCI files and feeding them directly to the FS sysmodule (which has signature checks disabled).

Even the code for talking to their license server uses an open-source crypto library so, yes, there are multiple license violations here. However, none of us expected differently, to be honest.

So yeah, GPL licensing violations, woo. Not suprising, but still extremely disappointing. In addition, it turns out that, in fact, they would repeat the same brick code they had on the 3DS, however this time, it would be deployed against anyone trying to circumvent their licensing.3

As for the brick code, I was wrong. Not only it is more destructive than I originally thought (it tries to corrupt boot partitions too), but it's also deployed on *multiple* stages across the boot chain. It is also way more likely to be triggered on accident than expected.

I am just citing these verbatim because there's only a few things to add, specifically to do with the brick code.

So about that brick code. What it pretty much did was lock up the NAND with a password. That password was "WANNA PLAY? ;)". The problem was that the brick code itself was also vulnerable to being triggered on faulty hardware, meaning that there was a non-zero chance that a regular user (who has paid for their product to facilitate piracy4) would have their device bricked.

Team Xecuter would eventually remove this brick code by stubbing out the call to the function that would do this, leaving affected users with merely a black screen.

So how does this all tie back to Gary? Well... Gary Bowser, or more easily known by his internet handle GaryOPA, was their PR representative, using his own hacking news site, MaxConsole, to aggressively promote TX. I also have suspicions that Team Xecuter paid off members of GBATemp, including the staff, to promote Team Xecuter's content moreso than that of Atmosphere. The main reasoning I have for this is that the staff of the site had a consistent habit of removing posts of people calling out Team Xecuter on their anti-consumer/illegal practices at the time, although they later seem to have eased up on this.

In addition, while partially mentioned in the tweets, it would later become clear that in order to make their XCI (gamecard dumps) loading method easier, TX ended up including proprietary gamecard headers in their software, alongside a complete copy of the FS module from Horizon, the Switch's operating system, which was modified to load the gamecards.

Okay, so that's one thing. What's the other? Well... okay, so this part gets a bit touchy for good reason, so I will keep it short and not elaborate. I'm not a fan of going "dude trust me", but in this case uh... "dude trust me", since I don't want to send more jackasses down this path by dredging up old cows.

The shortest and easiest way I can put it is that Team Xecuter was very likely behind the doxxing of several notable scene members a couple years ago. While not explicitly ever made clear that they did it, they endorsed the doxx in an update post, and in the weeks prior, a documentation site for the 3DS was raided by people from the Gateway team (who due to numerous reasons are just the same people as Team Xecuter, the biggest and most obvious shared factor being that GaryOPA is the PR representative of both), suggesting animosity from them to the rest of the scene.

In addition, GaryOPA's own site, MaxConsole, openly linked to the doxx until staff members of GBATemp told him to take it down if he wanted to keep his links up on GBATemp, upon which he replaced it with a whiny message about being censored.

Again, there is no concrete evidence that they were behind this act, it's just extremely likely given the way they behaved.

And that finally brings us to today. Team Xecuter has been getting raided, dismantled and several of their main members (GaryOPA and Max Louarn5 being the big two of note) being arrested and prosecuted.

Most recently, GaryOPA has admitted guilt and was sentenced to a 40 months prison sentence, roughly translating to Gary needing to spend 3 years behind bars. Then Nintendo thanked the United States government for arresting Gary. While there used to be minor squabbles between people who think he didn't deserve three years for copyright infringement, this pretty much resulted in the perpetration of a longstanding myth about Nintendo's stance on fancreations, with people who were glad GaryOPA was behind bars getting called corporate bootlickers instead.

So what is that myth exactly you may ask? While the myth itself could fill it's own post, the short of it is that several major gaming news outlets (chief among them is Vice, however Kotaku has also played a major part in this myth) have realized that it's very easy to get a lot of attention and news by showcasing Nintendo fangames and homebrew (usually the former, but coverage tends to wrap these together, which is as annoying as it sounds), but also even more attention by then showcasing what happens when Nintendo sends a subsequent cease and desist notice to these projects.

The main reason most notable projects get Cease and Desisted is usually because there was a commercial incentive attached. Similarly, while Nintendo is content to leave the homebrew scene alone outside of observing it and patching any found bugs, they will bite hard when piracy gets involved, and if you then also try to commercialize piracy (which Team Xecuter was doing, they were running piracy as a business pretty much)... you've basically created the double whammy to incur the full wrath of Nintendo.

Pretty much everyone who actually has made fangames knows this. I know this. Every homebrew developer I've spoken to knows this. Every warez member (yes the actual piracy people) I've spoken to knows this. It's not an issue for anyone except for the fucking journalists and insects on Twitter who gorge out this pathetic myth that Nintendo hates fanwork. Go on AO3 right now. Type in Mario. See how many results you get? Nintendo doesn't give a damn about fanwork, yet insects on Twitter will flock to anyone modding Nintendo properties into any game ever (which is very common) and make jokes about the project getting C&Ded. Yet, many of these mods still exist on various modding workshops to this day. Nintendo largely doesn't give a damn. All I can do is roll my eyes. Great job man. You're doing very well, sticking up for a group whose biggest credit is turning literal goddamn piracy into a business, who has stolen their work from other people, who have treated and shat on the very people they stole their work on in very personal ways. Just so you could further your own imagined beef with Nintendo.

I would personally hope that I have better readers than this. Don't be like keithjonstack. Be smarter.